Armstrong’s youngest resident and the first baby to be born at the Vernon Jubilee Hospital in 2019 is a girl.

After spending her first few hours without a name, dad Kevin Michalko and mom Robyn Wells decided on the name Aspen Lynn Michalko.

“Lynn was Robyn’s late mother’s middle name and Aspen was a name we both liked – no meaning behind that one,” Michalko said.

“We didn’t know the gender going into labour,” Wells added.

Michalko said that they are now getting ready to go home and relax as a family. Aspen has two older siblings: a four-year-old brother named Ethan and a two-year-old sister named London.

“We also (would like to) thank our midwives Jeanette, Julia and all the other nurses for all of their help and support,” Michalko said.

IT’S ANOTHER GIRL!#Vernon Jubilee Hospital’s New Year’s baby was born at 10:07 this morning to proud parents Robyn Wells and Kevin Michalko of Armstrong. 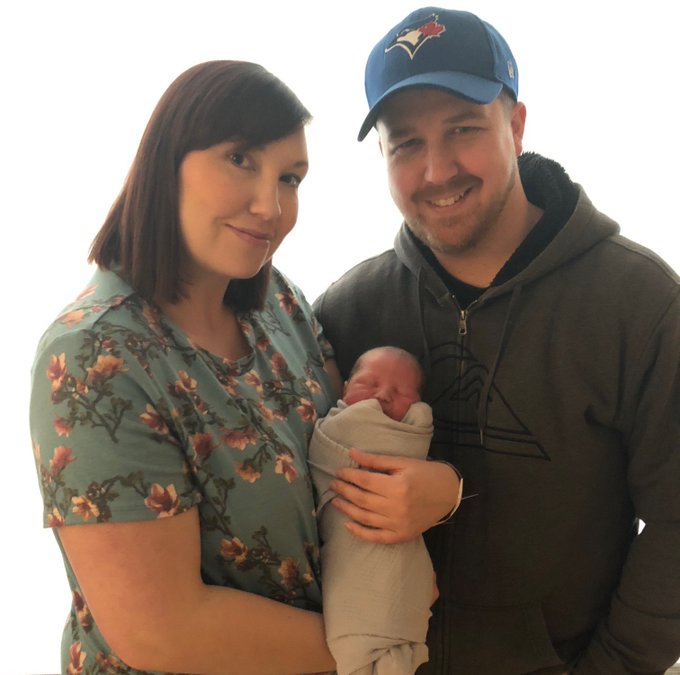 According to Interior Health, the first baby to be born in the Interior was Hugo Kyle. Aspen was the fourth New Year’s baby to be announced by Interior Health Jan. 1. Penticton’s Sadie Hill was born at 4:51 a.m. at Penticton Regional Hospital, followed by Freya Beach at Royal Inland Hospital in Kamloops at 7:44 a.m.

The first baby born in B.C., Dominik Soswa, was born at 12:01 a.m. at Royal Columbian Hospital in New Westminster.