News > A midwife, an obstetrician and a mother-to-be

A midwife, an obstetrician and a mother-to-be

A midwife, an obstetrician and a mother-to-be 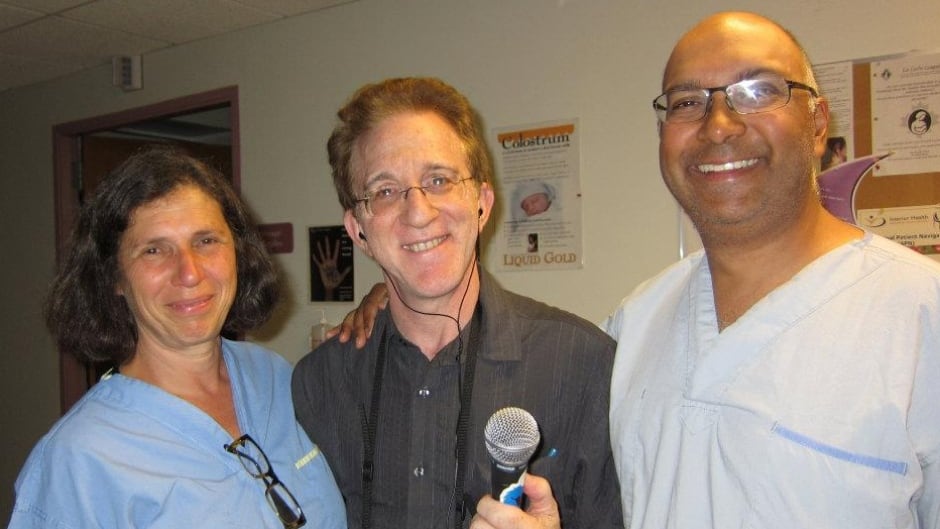 It sounds like the opening line of an amusing anecdote. Actually, it's the start of a lovely story that I've been itching to dig out of the White Coat, Black Art vault.

What makes this tale so unusual is that it flies in the face of what passes for the norm in maternal care in many parts of the country.

Across Canada, midwives attend just 10 percent of all births. Family doctors learn the basics of uncomplicated births, but most stop attending births early on in their practices. That leaves obstetricians. Currently, seven out of every ten low-risk births are handled by an obstetrician who is vastly overqualified for the task.

In many parts of the country, obstetricians and midwives are locked in a struggle over income and guiding practice philosophies.

To midwives, who have practiced for centuries in countries like Sweden and the Netherlands, birth is an inherently normal and natural part of life. To them, the fewer high-tech interventions, the better. 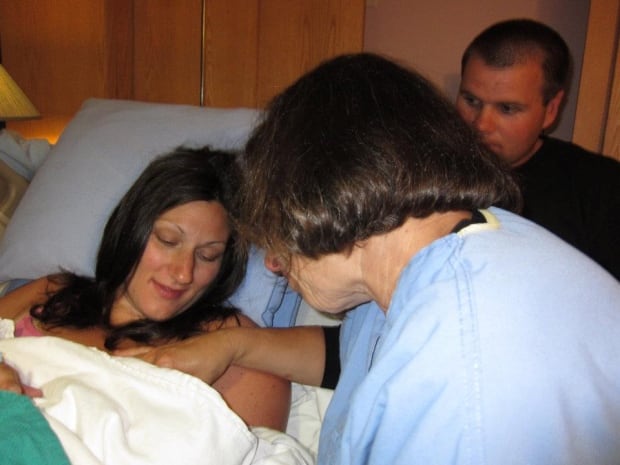 Ilene Bell checks on Tanya Williams and her new baby

To obstetricians, who have plied their practices for generations, birth is a mostly simple affair occasionally punctuated by potentially life-threatening complications. Technology and timely surgery lower substantially the risk to both.

In 2011, I traveled to Nelson, a city of just over 10,000 located in BC's Southern Interior. This picturesque region has bohemian artists and cultivators of marijuana. But it also boasts one of the most successful groups of midwives in all of Canada.

How successful? Close to four out of every ten births in this part of BC are attended by a midwife. That's four times the national average, and just so happens to be tops in the country.

Two people invited me to Nelson. The first is Ilene Bell, a veteran midwife with decades of experience dating back to the era before midwives were licensed and regulated in British Columbia. The second is Dr. Shiraz Moola, a young OBGYN I first met when he was a resident in Toronto.

When I made my visit in the summer of 2011, I soon discovered the secret to their success. Nelson is the birthplace of a radical experiment in providing care for women in labour. I discovered a hospital where midwives, family doctors and OBGYNs don't jockey for patients. They work seamlessly together. Family doctors and midwives attend all or most of the uncomplicated births, leaving the complicated and high-risk births to the two obstetricians who practice in Nelson. 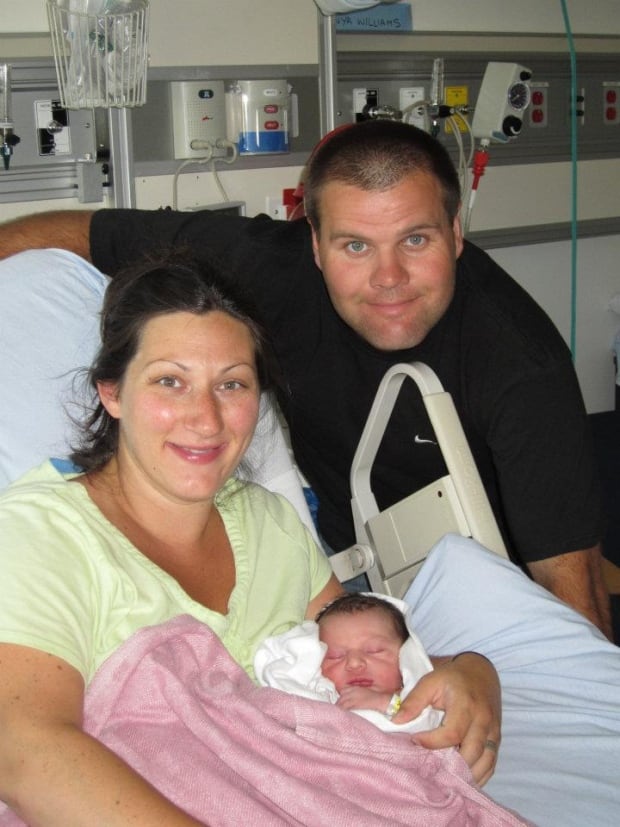 Obstetricians are prepared to take over when a midwife or family doctor asks for help - day or night. It turns out that one of the keys has to do with financial compensation. In most parts of Canada, obstetricians aren't paid well enough to attend exclusively high-risk births. As a result, they feel the need to subsidize their income by assisting as many low-risk births as they can manage.

As Moola explained it, he is paid well enough by the province to focus exclusively on the complicated births that require his knowledge and skill.

The other reason why obstetricians, midwives and family doctors work seamlessly together is because they like and respect one another - something that could only happen by seeing each other in action.

I watched midwife Ilene Bell attend the birth of Tanya Williams' son Cash. Tanya's eldest son Rider had been born by Caesarian section. For the birth of Cash, Tanya wanted to try a vaginal birth. Some obstetricians are reluctant to attempt vaginal birth after C-section or VBAC because of the perceived risk. Tanya chose Ilene Bell as her midwife because she wanted the choice, and because she was confident that Ilene could call upon Raz if needed.

It turned out not to be necessary. Cash's vaginal birth was handled with great skill and empathy by Ilene. That's just the way things work at the hospital in Nelson.

That little experiment in maternal care has grown. Since our show first aired in 2011, the midwifery clinic in Nelson has expanded to four midwives and two family doctors. Today, it serves the entire West Kootenay Boundary region, which means they attend an ever-increasing number of births.

It's a model of maternal care that can and should be copied across Canada. It's also a template for providing health care in which a team of professionals with varied yet complementary training and skills provides the right person with the right skill set in the right place at the right time.

It's a way of thinking that just might help make publicly-funded health care financially viable in the years ahead.